Prior to joining Haynsworth Sinkler Boyd, Ross’s professional career encompassed a variety of legal, educational and military experiences. He served as an Instructor of Naval Science at the University of South Carolina and was a Submarine Officer for the United States Navy for three years. He was recognized as the 2003 Junior Officer of the Year on the USS Wyoming.

A native of Cayce, South Carolina, Ross earned his Master’s degree in Engineering Management from Old Dominion University and did graduate studies at the University of South Carolina School of the Environment. He received his B.S. in Economics from the United States Naval Academy. 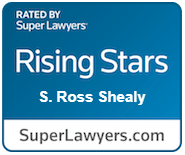