A Scottish Legend and an Open Question: When Can SC Landowners Amend “10-Year” Restrictive Covenants?

July 06, 2021 - Phillips Stone Workman
According to myth, there lies in the Scottish Highlands a village untouched by reality or time. Immortalized by the 1940s Broadway musical and later Gene Kelly film of the same name, this is Brigadoon—an enchanted place that appears from the mist and becomes visible and visitable by outsiders for just one day every one hundred years. After those 24 hours, it fades away—inaccessible until the next centenary.

Here in a different kind of highlands—the Upstate—I recently came across a real estate issue that had me immediately recalling Brigadoon. The issue dealt with boilerplate amendment language in a recorded set of covenants, conditions, and restrictions (CCRs). I imagine most all of us in the dirt law world have seen some variation of the template language below when reviewing CCRs (and I’ve underlined the key phrase):

These covenants are to run with the land and shall be binding on all of said parties and all parties claiming under them until January 1st, 1975, at which time said covenants shall be automatically extended for successive periods of ten years unless by a vote of the majority of the then owners of said lots as shown on said map and it is agreed thereby to change said covenant in whole or in part.

At first glance, there does not appear to be anything puzzling about the language. The covenants continue until a fixed date and then auto-renew for ten-year intervals until amended. What does this have to do with the old Scottish tale?

The question posed in this article arose when researching exactly when parties to CCRs (either the original landowners or successors to title) can effectively amend these documents. In courts across the country, there have emerged two opposing positions: (1) that the ten-year period is only a placeholder with no discernible import, and any amendment by the landowners is effective immediately upon execution, and (2) that the language restricts amendments to become effective only when the next ten-year interval emerges from the fog. Under the second interpretation, for example, if the parties to CCRs execute an amendment on March 31, 2021, but the next ten-year anniversary of the covenants is January 1, 2030, then the amendment does not become effective until the 2030 anniversary.

Clearly, the second interpretation throws a major monkey wrench in landowners’ plans if they wish to amend covenants to facilitate a development, a sale, or a new permitted use. Hoping to find a quick and clear answer, I set out for the font of all knowledge—Westlaw.

To my chagrin, and as is all too often the result, there was scant South Carolina material on the subject. As far as I can tell, this would be a case of first impression in South Carolina. But the question still remains—surveying similar cases from other states, what would be the most likely outcome in litigation surrounding ten-year covenants here in the Palmetto State? And what can we learn from other states’ outcomes and apply that knowledge to how we approach and draft CCRs in our practices?

If you have questions about this topic or other related matters, please contact Phillips Workman. Phillips focuses his practice on commercial real estate, finance and corporate law matters. He works with members of our team in drafting and negotiating purchase and sale agreements, commercial leases, deeds, mortgages, ground leases, easements and other real estate documents. He provides counsel to businesses for a variety of transactional needs, including corporate matters, contract drafting and negotiation and general business counsel.

This article was first published in SC Lawyer Magazine and has been reprinted here with permission from the SC Bar. 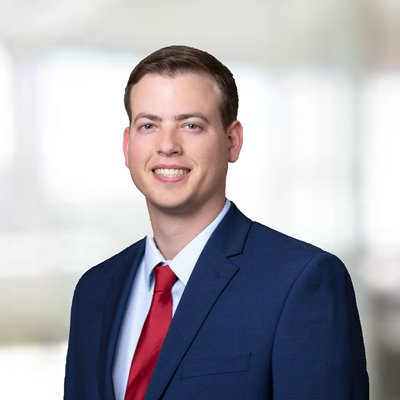 Connect with Phillips
Related Posts
Nov 11, 2022
Whose Lane Is It Anyway? The Case for a Statutory Scheme of Road Dedication in South Carolina
Aug 06, 2020
Are incentives for mixed-use developments legitimate?
Sep 04, 2018
National Security Concerns in Real Estate Transactions
View All Related Posts